The Emu can stand as tall as 2 metres and weigh up to 36 kilograms in weight. Females are a little bit larger than the males. They have been known to travel as fast as 50 kilometres per hour. Emu’s are found to be living in most grassland around Australia and have been known to have an average age of 20 years. A female can lay up to 20 large dark green eggs in a nest that can be as large as 1.5 metres wide. It is the male emu who incubates the eggs. Emus do not have the option of flying away if under attack from predators. If they are attacked from above by other birds such as the wedge-tailed eagle, emus will run in a zigzag pattern. However, at close quarters their main defence is a swift kick or two with their powerful legs.

Fact: Did you know emus are the third largest bird in the world, third only to the Ostrich and Cassowary? 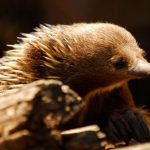 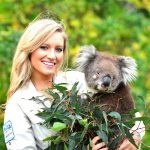