Although they are called death adders they are not a true adder. They belong to the same family as most Australian venomous snakes. This is called elapid (fixed front fanged). Adders belong to a family called viperid (hinged fangs). Because death adders are slow to retreat they usually rely on their camouflage from potential danger. Up to one metre long. 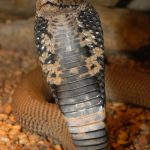 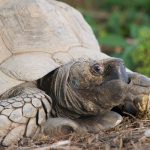