Mozambique Spitting Cobras can be very docile but also very fierce. They are an active and curious snake. They will hunt down live prey fairly quickly and they will often hold there prey in their mouth and bite down, while injecting venom. They will only let go of their prey if they feel that they are in danger. They can be between 90-120 cms long. Up to one metre long.

Fact: They have highly developed fangs that allow them to spit their venom four metres accurately, aiming for the eyes allowing them to get away from potential danger. 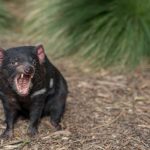 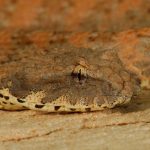