Locailty: Found on the islands of Aldabra in the Seyehelles.

Aldabra Tortoises are found both individually and in herds, which tend to gather mostly on open grasslands. They are most active in the mornings when they spend time browsing for food. They are black, brown and tan in colour with scales on their head and legs. They have an enormous dome-shaped shell, which acts as a protective armour to the soft, vulnerable body of the Aldabra Giant Tortoise underneath. They also have an incredibly long neck, which is used to reach leaves from branches on higher trees. They are slow-moving animals with thick, short round legs; almost flat feet that help them when they are walking on sand. The Aldabra Giant Tortoise is one of the largest tortoises in the world weighing up to 250 kg (males) and 160 kg (females).

Fact: Their life span is anywhere between 80-255 years old. 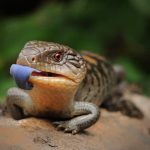 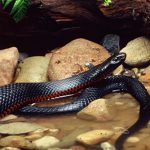